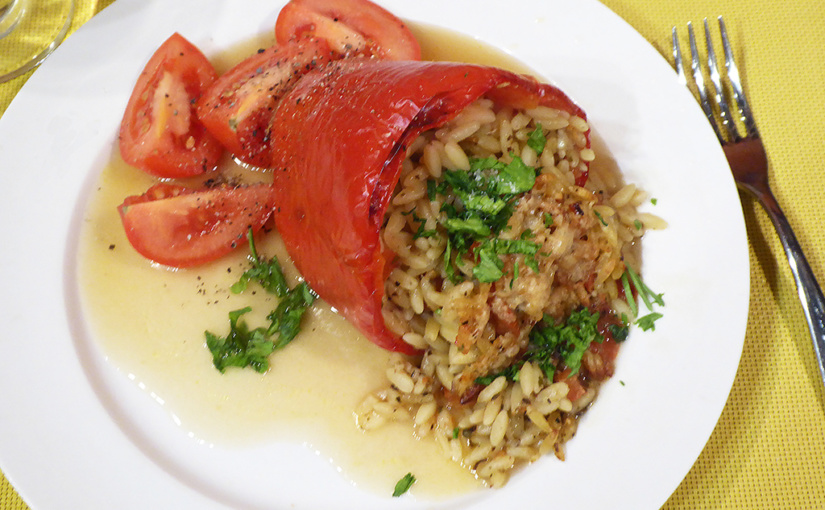 Great peppers stuffed with orzo | vegetarian versions
What you probably engages the, the lack of meat. The fact is! so vegetarians, up to the kitchen! You may find it, that makes this simple dish too long, But everything takes time.
Need:
Units: Servings: osoby
How do you:
Tip:

BARLEY the pasta, which shape resembling rice.
It is suitable as a garnish, Annex or in salads. Charm is semolina. Co. It is? Semolina flour is made of durum wheat, implying also used another name for this kind of pasta, and pasta from durum wheat. Hard Wheat is the second most common type. It is grown in Europe, Australia and Canada. The production of most domestic wheat pasta is used obecná.Tvrdá wheat is a basic raw material for the production of pasta more expensive, but better. So orzo not buy in the price of node. Pasta made of semolina is sticky, nerozvařují, They are dimensionally stable.  Pasta boils "al dente" (the bite) in enough salt water, cooled slightly and added some virgin olive oil. cooking "al dente" means a cooking, in which the pasta inside remains slightly undercooked.

This site uses Akismet to reduce spam. Learn how your comment data is processed.