It was an idea. It can really be a fish and not just on Fridays. I searched for something, looks tasty, it's fast and most interesting to me new. I came across a recipe Fish and vegetable stir-fry with my favorite Australians conciliatory and I went to Market. A whole, I came across all, so what I need. I pak choi and pea pods. So we're going to fish with vegetables. The fish have no doubt you advise, I chose the Canadian garfish, hunted in the Pacific trawling in FAO 67, This is according to information on the package somewhere near USA. Wrap your head about it but we will not. Today it was a pike, tomorrow may be cod. 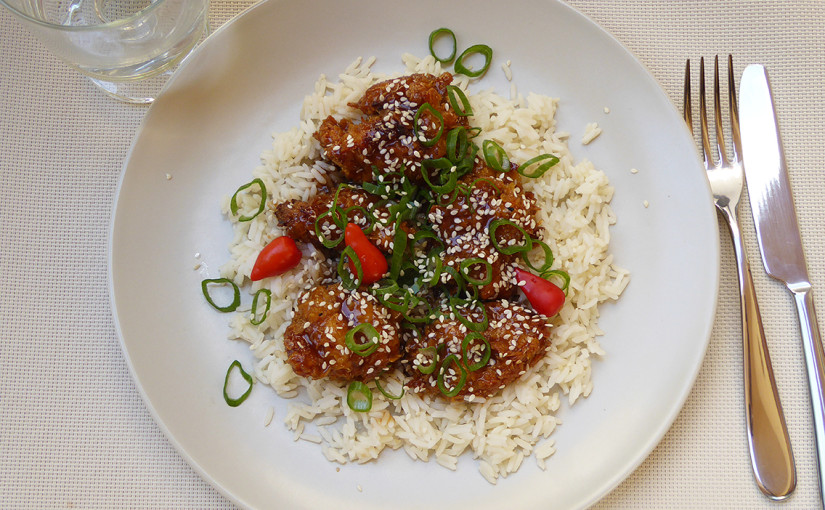 If you were ever in America, and if you visit a Chinese restaurant, maybe you stumbled on the menu at the General Tso Chicken. But it has several other names, well, I do not know. Recipe putoval the province of Hunan, where nature seems like in the movie Avatar, Also, its creators took the local national parks with protruding rocks, -covered trees and disappearing in the fog, for inspiration. Magic is the birth of food, Chinese general who never ate. Žil totiž v 19. století a jídlo mělo vzniknout až ve 20. století, in the kitchen, Chef Peng, Popular government leaders. And when Mao dopochodoval to Beijing, Peng Chang-Kuei found asylum for himself and his “reaction kitchen” na Tchaiwanu, where he continued his career as official chef until 1973, before he moved to New York City, where he opened a restaurant. Peng your recipe named after a famous native hunanském Tso, which is logical, after all other native was just Mao. US launch recipe apparently was not very famous, Guests seemed too sweet chicken. No, if you've ever eaten American desserts, He would have to climb and sugar from your ears, well, I do not know. But the recipe has undergone several changes, to suit the clientele of restaurants. So Tso began pulling on the famous culinary field, even he has a few names and permutations and variations, US Naval Academy he served under the name Admiral Tso Chicken, even Tso from Central China hardly ever commanded at sea.